Anne is an internationally regarded Clinical Psychologist and researcher. She has a wide range of experience in the assessment, diagnosis and treatment of developmental, intellectual, emotional and behavioural difficulties within children. She has presented at international conferences and is often cited in Australian radio and print media for her expertise on child development and parenting. Anne has presented frequently on “Parenting” on talk-back radio as a guest expert for both Radio 2GB and Radio 2UE in Sydney.

Anne consults to schools, health organisations and universities both within Australia and overseas. She has roles as a lecturer, Clinical Supervisor and training consultant at the University of New South Wales, the University of Western Sydney and Macquarie University. She has also conducted training at the Centre for Autism and Developing Brain (CADB), which is a collaborative program between New York-Presbyterian, Weill Cornell Medical College, and Columbia University College of Physicians and Surgeons. It is one of the best clinical and research programs in the world for individuals with Autism Spectrum Disorder. Anne has been involved in developing and conducting research projects on various aspects of child health and development including the treatment of anxiety in children, early intervention programs and effective parenting programs. In recognition of her expertise, reputation, and demonstrated commitment to excellence, education, and research she was given the title of Honorary Associate at Macquarie University, Australia in 2014.

Anne is considered an international expert on anxiety difficulties in children with an Autism Spectrum Disorder (ASD). She is a full member of both the International Society for Autism Research (INSAR) and the Australasian Society for Autism Research (ASfAR). As a part of her Doctoral research, she co-authored the first, manual based, cognitive-behavioural intervention program for children with an Autism Spectrum Disorder and anxiety difficulties in conjunction with Macquarie University. In 2004, Anne was awarded the Australian Psychological Society National Clinical Psychology Conference Prize for Early Career Research. In 2011, she published the book, “Managing Anxiety in People with Autism”, which subsequently became a finalist in the 2012 International Book Awards in the Psychology section. It has sold thousands of copies worldwide. 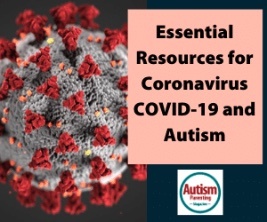