Anyone who has worked in an early intervention centre is familiar with the scene of a parent standing in the waiting room trying to schedule a therapy session. “How is 4pm on Tuesday”, the secretary might say. “Sorry, he goes to OT on Tuesday afternoon”, says the Mother, “how about 4pm on Wednesday”. “Sorry, there isn’t anything available on Wednesday but what about Friday”, the secretary counters. “No, he has speech pathology on Friday, we could do sometime late on a Monday”…. This typically stretches on for a while and highlights the enormous demands placed on parents when they have a child going through early intervention.
These demands are not ill-conceived. Contemporary research tells us that intensive intervention delivered early in life is associated with superior outcomes as compared to less intensive therapies conducted later in life (e.g., Rogers et al., 2012). Some research even suggests that there is no point at which increasing early intervention hours does not lead to further improvements in children’s therapy outcomes (Granpeesheh et al., 2009). Based on these findings, the answer to the often-asked question “should we do more therapy” ought to always be yes. However, it is important to consider that other factors, such as parenting stress, have been found to impact on the effectiveness of early intervention (Osbourne, McHugh, Saunders, & Reed, 2008). Optimising therapy outcomes is therefore not simply a matter of perpetually increasing intervention hours, parents must also take their own wellbeing into account.
To this end, I encourage parents (perhaps not as often as I should) to sit up and take note of the fact that they are actually doing a great job. It might sound strange, but this can come as a surprise to some parents who seem to have acclimated to the exceptional demands of supporting their child’s development and are focused solely on achieving improvements into the future. For these people, I would like to point out five of the things I see parents do in the clinic that are truly impressive. 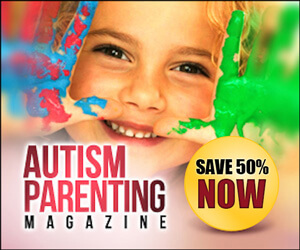